Aaron Eckhart is an American actor. He’s gained recognition for his performance in movies such as The Dark Knight (2008), Battle Los Angeles (2011) and Thank You for Smoking (2005). More recently, he’s played the President of the US in Olympus Has Fallen (2013) and its sequel London Has Fallen (2016). Eckhart moved to the United Kingdom when he was 13, where he started acting in school plays. He’d later move to Australia for his high school education which he wouldn’t complete. Eventually he got a diploma through an adult education course which allowed him to enter and later graduate from BYU, Utah in 1994, with a Bachelor of Fine Arts. He’d spend a good part of the 90’s as a struggling actor before being cast for a main role in In The Company of Men (1997).

Aaron is an ex-Mormon. In an interview, he said “I’m sure people think I’m a Mormon, but I don’t know that I’m a Mormon anymore, you know? To be honest, to be perfectly clear, I’d be a hypocrite if I did say that I was, just because I haven’t lived that lifestyle for so many years.” His quote makes us believe he stopped being religious simply because of gradual changes to his lifestyle, rather than disagreeing with the religion.

Eckhart enjoys activities he can do by himself, mainly photography, cycling, playing the guitar and writing music

The actor is registered with the American Independent Party. Interestingly, he took part in a video after Obama first took office to show his support, along with many other actors and actresses.

Right after dropping out of high school, Eckhart took three years off to surf in Hawaii and joined The Church of Jesus Christ of Latter-day Saints. He also continued this faith in both Switzerland and France. 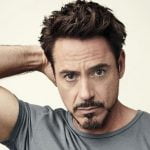 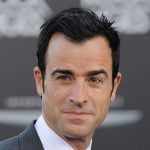