Adam Richard Sandler was born on 9th September 1966 in Brooklyn, New York. He is an American actor, comedian, screenwriter, film producer, and musician. After becoming a Saturday Night Live cast member, Sandler went on to star in many Hollywood feature films that combined have grossed over $2 billion at the box office. 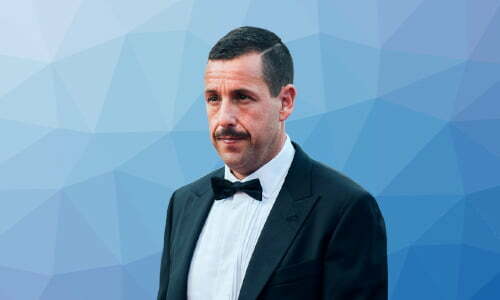 Adam Sandler is best known for comedy but has also received critical praise for his dramatic work. In 1999, Sandler founded Happy Madison Productions. He has released five comedy albums in his career. They’re All Gonna Laugh at You! (1993) and What the Hell Happened to Me? (1996) are both certified double-platinum.

Adam Sandler is Jewish, and he sometimes incorporates this into his work, such as his well-known song, “The Chanukah Song.” Adam’s wife also converted to Judaism before marrying him.

Adam is a registered Republican. Sandler made a $1 million donation to the Boys and Girls Club in his hometown, Manchester, New Hampshire in 2007, and in the same year, he donated $2,100 to former New York City Republican mayor Rudy Giuliani’s presidential campaign.

Adam Sandler openly speaks about his pro-Israel views and criticizes the BDS movement for singling out the country. He has also spoken out against the Obama administration for not supporting Israel and has condemned celebrities who refuse to visit it.

Adam Sandler sings, plays the guitar and is a big fan of baseball, his favorite team being the New York Yankees. He absolutely loves comedy and telling jokes. He loves thinking of jokes on the spot and making people laugh. He loves to watch wrestling too.

“Well I have a microphone, and you don’t so you will listen to every damn word I have to say!”