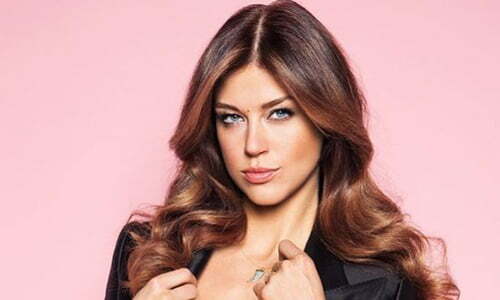 Adrianne Palicki is born into a small family as the only daughter of Nancy and Arthur Palicki. Her father is a Polish descend while her mother is English. She had an elder brother who is a designer in comics and illustrations. Adrianne claimed that she was influenced by her brother into having interest in comics. In 2016, Adrianne Palicki and her elder brother collaborated to publish ‘No Angel’, their first comic book.

Adrianne Palicki, while in school, took up track events. She also played basketball.

Adrianne Palicki’s religious belief is unsure. She may be a Christian based on the findings that she is a polish descent.

Adrianne Palicki supported Barack Obama for his 2008 presidential campaign. She was seen to have appeared in a music video.

Adrianne Palicki in September 2014 was engaged to Jackson Spidell. But in 2015, she ended the engagement based on some major issues she claimed she had ignored earlier. This event occurred just a couple of months before their wedding.