Alison Brie, 34, is an American actress and producer who portrayed Annie Edison in the NBC/Yahoo! sitcom ‘Community’ since 2009 to 2015 and Trudy Campbell in the AMC drama ‘Mad Men’ since 2007 to 2015.The actress was born in Hollywood, California, and her motherworkes at a non-profit child care agency and father is a musician and freelance entertainment reporter.

Alison Brie’s current work is the voice of Diane Nguyen on the Netflix animated series ‘BoJack Horseman’ which aired since 2014.The actress also portrays Ruth Wilder on the Netflix comedy-drama series ‘GLOW’ (2017).Alison debuted in 2006, playing a minor role in the Disney series ‘Hannah Montana’ and three years since that she won the Screen Actors Guild Award for her role of Trudy Campbell in the AMC drama ‘Mad Men.’She gained fame starring in several films, such as ‘Scream 4’ (2011), ‘The Five-Year Engagement’ (2012), ‘The Lego Movie’ (2014), ‘Get Hard’ (2015), ‘Sleeping with Other People’ (2015), and ‘How to Be Single’ (2016).

Originally born as Alison Brie Schermerhorn, she is a Winner of Behind the Voice Actors Awards for Best Female Vocal Performance in a Feature Film in a Supporting Role.Alison earned the annual salary of 1.2 million dollars for the role of Annie Edison in the TV series Community, and her estimated net worth is 5 million dollars.

Alison’s mother is Jewish and the actress is extremely proud of her Jewish heritage, but not too religious about that.She joined ‘Jewish Community Center’ since a young age and it was her first stage for performing as an actress.It is also known that she attended a ‘Christian-Hindu hybrid church,’ called the Self-Realization Fellowship, with her father.

Alison Brie supports Obama a lot, and she even has re-tweeted Hillary Clinton when criticizing Trump.She is openly liberal, and when she went to the California Institute of Arts, where clothing was optional, Alison used to put on her tennis shoes and go for a naked job around campus, and even sometimes climbed trees naked.Alison describer the Institute as very liberal, so she just wanted to show everybody that it is true.The actress is very supportive of a gay marriage and environmentalism.

Brie has dated James Franco’s younger brother Dave Franco since they were spotted together in 2012.21 Jump Street actor and Alison got engaged on 25th of August 2015 after several years of dating.The couple got married in March 2017 and living a happy family life.

Before fame, Alison briefly worked as a clown at birthday parties.The actress has her own cover band that she started with her friends.She enjoys shooting guns, and this hobby the actress picked up from her previous boyfriend who was from Texas.Alison can often bee seen at LA Gun Club, and guns are definitely her passion as for now. 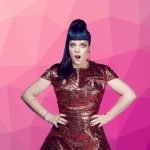 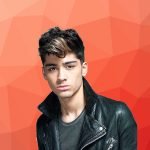