Amy Lou Adams, 43, is an American actress and singer who became famous for both her comedic and dramatic performances and is one of the highest-paid actresses in the world.

She has been nominated for five Academy Awards, four of them are for Best Supporting Actress and one is for Best Actress.

Amy was born in Vicenza, Italy, and is the fourth of seven children.

She was raised in Castle Rock, Colorado and trained to be a ballerina.

Her father is a US serviceman, so before they settled in Colorado, the family had to move from base to base.

Later, Amy has moved to Minnesota and searched for more dinner theater projects and found the Chanhassen Dinner Theater.

She attended her first audition in 1999 for comedy ‘Drop Dead Gorgeous’ and started to break into Hollywood with small film roles, which included a Spielberg thriller ‘Catch Me If You Can’ in 2002.

Amy definitely had made a name for herself, starring in such series as ‘Buffy the Vampire Slayer’ and ‘The West Wing.’

The actress appeared in more than fifteen movies since that time, including ‘The Muppets’ and ‘Lullaby.’

In 2013 Amy gained success with a role in ‘American Hustle’ and earned a Golden Globe for best female performance.

Adams was raised as Mormon until her parents’ divorce in 1985. When she was eleven years old, the actress revealed that she didn’t stay in the church as some of her relatives did.

Although Adams is ex-Mormon, she disclosed that she had learned

a lot and Mormons instilled in her a value system she still holds true.

Although Amy is totally non-political, she did refer to Clint Eastwood’s ‘Nobama in the chair’ speech and called it ‘interesting.’

Adams asked people to vote along with the other celebrities in a public service announcement in 2008.

The actress was rumored about supporting Mitt Romney in the 2012 elections, but it didn’t confirm.

It is interesting that Adams and Gallo’s relationship started while they were co-starring on a short film, and 15 years after, in May 2015, the couple finally got married.

In her childhood, Amy had wanted to be an athlete but then she realized that she has a talent in the performing arts.

When she just turned 18, Amy was a Hooters’ waitress for three weeks.

Amy has participated as a singer in three soundtrack discs, two ‘Enchanted’ in 2007 from Walt Disney Records, and ‘The Muppets’ in 2011. 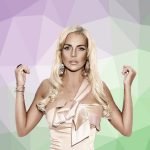 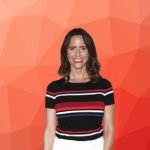