Amy Schumer born on June 1, 1981, Manhattan, New York City, to Sandra and Gordon Schumer, is an American stand-up comedian, writer, actress, and producer. She began her comedy career in 2003 when she appeared in an off-Broadway black comedy Keeping Abreast, though her stand-up comedy career gained notice after she performed at Gotham Comedy Club on June 2004. In 2007, she finished fourth on the fifth season of the NBC reality competition series Last Comic Standing after having unsuccessfully auditioned for the same previously. In 2008, she was a co-star in the Comedy Central reality show Reality Bites Back, and in 2009, she was part of the campaign for Butterfinger. 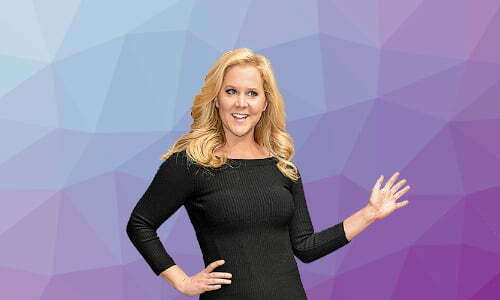 As a writer, she has written for Cosmopolitan magazine, and in 2016 she published a memoir, The Girl with the Lower Back Tattoo, which held the top position on The New York Times Non-Fiction Best Seller list for two weeks.

Schumer was raised Jewish. Her father was born Jewish while her mother, though from a Protestant background, converted to Judaism. She is not very religious and she has stated that as a child she experienced anti-Semitism.

She is related to U.S. Senator Chuck Schumer , and after 2015 fatal shooting during Trainwreck show, in which two people died, she became outspoken in the fight for gun control.

She is a longtime fan of Hilary Clinton.

Schumer was in a relationship with Chicago furniture designer Ben Hanisch from January 2016, though they ended it in May 2017.

Schumer is a fun and enjoys horseback riding. She has clearly said that she loves to eat healthily and workout. And obviously, she does love stand-up comic, writing and directing.

Schumer supports gay marriage and she was in an advert released by Bud Light celebrating same-sex marriage in 2016.