Anthony Daniels was born on 21st February 1946 in Salisbury, Wiltshire, England. He is an English actor and mime artist and is best known for portraying C-3PO in the Star Wars film series. He has appeared in all of the major films in the series, as well as its many spin-offs (TV shows, video games, etc.). 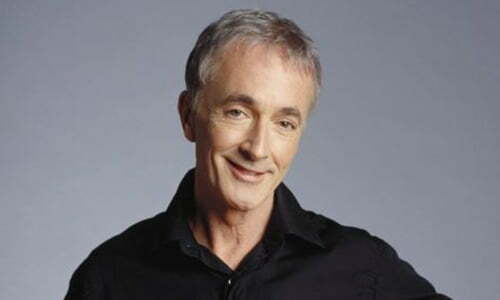 He was also the voice of Legolas in the Ralph Bakshi animated adaptation of The Lord of the Rings. He has also appeared occasionally on British television in various dramas, including playing a pathologist in Prime Suspect starring Helen Mirren. He also played the priest in the British spoof horror film I Bought a Vampire Motorcycle.

Moreover, Daniels has appeared at Disney’s Hollywood Studios in Orlando, Florida, for the Star Wars Weekends as he gave his “inside the saga” story. Currently, he is an adjunct professor at Carnegie Mellon University’s Entertainment Technology Center.

Anthony Daniels was born in Salisbury, Wiltshire, England. He is the son of a plastics company executive. He was educated at Giggleswick School and studied law for two years at university, then dropped out to participate in amateur dramatics and attend Rose Bruford College. After leaving school in 1974, Daniels worked on BBC Radio and for the National Theatre of Great Britain at The Young Vic. While working in the theatre, he was invited to meet director George Lucas who was casting for Star Wars. Daniels at first turned down the interview but was persuaded by his agent to meet Lucas.

Anthony Daniels was never a science fiction fan. He said that before his role in Star Wars the only science fiction film he had ever seen in a theatre was 2001: A Space Odyssey in 1968; he was so displeased with the film that he walked out after 10 minutes and demanded his money back. However, in a 2011 interview he said that he had watched it for longer than 10 minutes, and having since watched it in full, now regards it as a masterpiece. In the same interview, he said he enjoyed post-apocalyptic films such as Mad Max.

Anthony Daniels married Christine Savage after many years together, in 2013.

Anthony Daniels tends to stay outside of the political world as he hasn’t shared any of his political views and opinions lately.

“Don’t call me a mindless philosopher, you overweight glob of grease.”

“I have a greater appreciation for kitchen appliances, having played one.”