Anthony Mackie is born September 23, 1978, is an American actor who is amazingly talented and a good entertainer. He is the son of Martha and Willie Mackie, Sr. a carpenter who owned a roofing business.

Mackie has featured in many films, television series, and Broadway and Off-Broadway play. He began his acting career in 2002 with a role in Carl Hancock Rux‘s play Talk, for which he won an OBIE Award. In the same year, he appeared in Eminem’s debut film, 8 mile, playing Papa Doc. In 2003, he got his first role in the independent film Brother to Brother, from which he was nominated for Best Actor. Later in 2004, he would star in Spike Lee‘s 2004 film She Hate Me, where he portrayed jack, a financial successful executive who loses his business and later establish a business of impregnating lesbians for a fee. In 2009, he portrayed rapper Tupac Shakur in the film Notorious and in 2010, he co-starred in A Behanding in Spokane on Broadway which opened February 15, 2010. In 2011, he played Harry Mitchell in Matt Damon film The Adjustment Bureau.

In 2014, Mackie joined Marvel Cinematic Universe taking the role of Sam Wilson/ Falcon in Captain America: The Winter Soldier (2014). He reprised the role in 2015’s Avengers: Age of Ultron and Ant-Man, and again in 2016’s Captain America: Civil War. In 2016, he portrayed Martin Luther King Jr, in HBO TV film All the way.

Mackie is not religious. He has never publicly commented or shared his religious views or beliefs.

Mackie is neither a Democrat nor a Republican.

Apparently, in 2015, during an interview with BET for his film Our Brand is Crisis, Mackie was asked to comment on Donald Trump candidacy and said, he would be “100%” in favor of his campaign. This generated a bit of controversy but later wrote a tweet clarifying the endorsement as a mere joke;

“Sorry Donald, that wasn’t an endorsement. Just a bad attempt at a joke, I guess?”

A few days later in another interview, Mackie defended himself saying that his joke did not work out the way he had planned it.

However, Mackie has commented about U.S politics, saying politicians have not brought anything new, rather they have discussed similar issues, from health to racial relations.

Mackie married his longtime girlfriend, Sheletta Chapital (He has known her since the age of seven) in 2015, and together they have 3 children.

Mackie has never publicly declared his stand on gay marriage, and neither has he ever advocated for LGBT Rights nor participated in any campaign supporting gay marriages.

“You never see girls running after engineers.”(On why he chose acting over a career as an engineer) 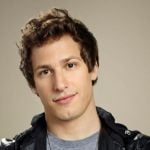 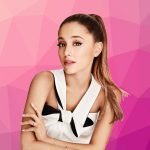