Brianne Sidonie Desaulniers known professionally as Brie Larson, is an American actress, filmmaker and emerging musician born on 1st October 1989. She was born in Sacramento, California. Before she was accepted at the American Conservatory Theater at the age of 6, Larson was home-schooled and becoming the youngest student accepted there. She started her acting career at the age of 8 on television, appearing on ‘The Tonight Show with Jay Leno’. 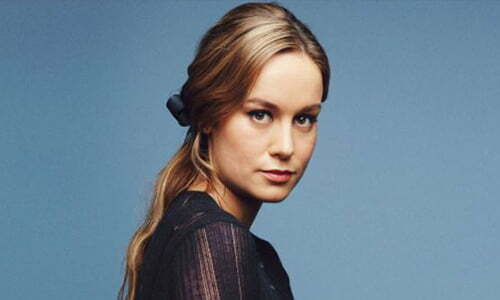 She starred in a sitcom ‘Raising Dad’ in 2001. However, Larson was also nominated for a ‘Young Artist Award’ for Raising Dad. She also appeared in one of Disney Channel’s most-watched original movies, ‘Right On Track’ in 2003. Larson’s breakthrough role was in the acclaimed independent drama ‘Short Term 12’ in 2013.

Furthermore, she becomes more popular when she starred in ‘Room’ in 2015, an acclaimed drama based on Emma Donoghue’s novel of the same name. She won many awards like ‘Academy Award’, ‘Critic’s Choice Award’, ‘Bafta Award’, ‘Golden Globe Award’, ‘Canadian Screen Award’, ‘SAG Award’ for Best Actress for her portrayal of a kidnapping victim in the movie. Larson is going to make her first appearance in the eponymous film which is going to be released in 2019. In addition to her skills as an actress, Brie has continuously developed an ever-growing musical career. Brie got her first record deal at Universal Records with Tommy Motalla, who signed her sight-unseen. After her first release in 2005, she went on a nationwide tour for music concerts.

She is a Christian. Larson was born from father Sylvain Desaulniers and mother Heather Desaulniers in Sacramento, California, USA. Her paternal grandparents were French Canadian from Manitoba. Larson’s mother’s family is based in California.  Her mother has English, Swedish, German, and Scottish ancestry.

It seems that she is a Democrat. As in an Award ceremony, Moonlight actor Mahershala Ali had a moving speech and Veep winner Julia Laius took down Donald Trump directly.Additionally, actors like Brie Larson write long notes on Instagram in order to take a stand, too against the Trump policies on all Muslim countries.

Larson said to the guests “Artists are the ones that the politicians fear,”. “It’s always been the case. So, let’s do it. Let people be afraid of us. . . let’s change the world. Let’s share our stories. Let’s talk about where we come from and let’s learn from each other.”

The beautiful actress is having affair with Alex Greenwald vocalist with rock band Phantom Planet, since 2013. She had dated actor Cody Linley and  John Patrick Amedori in 2006-2007. However, Larson confirmed that she and Greenwald are engaged in 2016.

She loves eating Lasagna. Furthermore, Larson is a huge fan of the Super Mario Bros video games. As a child, Larson made home movies and casting her cousins and making sets in her garage. However, music is her all-time favorite hobby.

Looking back to her personal life, she had not spoken to her father since last 10 years.

In addition to it, she was the 146th actress who receives an Academy Award. She won the Best Actress Oscar for ‘Room’ at ‘The 88th Anual Academy Award’ in 2016.

Every time when people mispronounced her birth name “Desaulniers,” Brie changed it to Larson after her Kirsten Larson doll that she owned as a youngster.

Also, she is an advocate for sexual assault victims.

Larson is also a BBF of Soarise Ronan.