Bryan Lee Cranston was born on 7th March 1956 in Canoga Park, California. He is an American actor, producer, director, and screenwriter. He is best known for portraying Walter White on the AMC crime drama series Breaking Bad, Hal on the Fox comedy series Malcolm in the Middle, and Dr. Tim Whatley on the NBC comedy series Seinfeld. 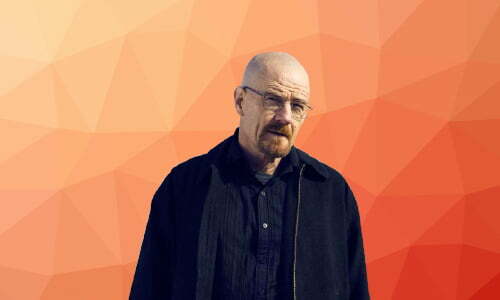 Award-winning actor Bryan Cranston played the character of Walter White, a high school teacher turned meth kingpin, on the hit television drama ‘Breaking Bad.’ For Breaking Bad, Cranston won the Primetime Emmy Award for Outstanding Lead Actor in a Drama Series four times (2008–2010, 2014), including three consecutive wins (the second time in television history after Bill Cosby in I Spy during the 1960s). As one of the producers of Breaking Bad in 2011, he also won two awards for Outstanding Drama Series.

Bryan was nominated three times for the Outstanding Supporting Actor in a Comedy Series for his role in Malcolm. His role in Breaking Bad earned him five Golden Globe nominations and one win in 2014, nine Screen Actors Guild Awards nominations with four wins, and six Satellite Awards nominations with four wins. In June 2014, he won a Tony Award for Best Actor in a Play for his portrayal of Lyndon B. Johnson in the play All the Way on Broadway. For the film Trumbo (2015), he was nominated for the Academy Award for Best Actor.

From 1977 to 1982, Cranston was married to writer Mickey Middleton.

Currently, Cranston is married to Robin Dearden, whom he met during the recording of the show Airwolf in 1984. She played the hostage and Cranston was the villain who threatened her with a gun. The couple has a daughter named Taylor Dearden Cranston, who is studying theater to become an actress. She played an extra in the Breaking Bad episode “No Mas,” directed by her father.

Bryan doesn’t really speak openly to the media about his religion and beliefs. He was raised in a family of actors in California, and his father was Austrian-Jew while his mother was of German descent. Although, He doesn’t follow his parent’s beliefs and appears to be closer to agnostic or atheist.

The actor is a Democrat. He has always supported the Democratic nominees and is once again supporting Hillary Clinton for her 2016 presidential bid. On October 31st, 2016, he made news for stating that he would move to Canada if Trump were elected as President.

In April 2014, Cranston presented at Broadway Cares/Equity Fights AIDS Easter Bonnet Competition with Idina Menzel, Fran Drescher, and Denzel Washington, after raising donations at his Broadway show All the Way.

Besides acting and writing for his own projects, Cranston enjoys baseball as he used to play when he was a student. Currently, he is an ardent fan of the Philadelphia Phillies and the LA Dodgers and likes to collect Memorabilia. According to him, he doesn’t really have any hobbies besides baseball.