Cara Buono was born on 1st March 1974 in the Bronx, New York. She is an American actress, screenwriter, and director. Buono was raised in a blue-collar family and decided at an early age to make acting her life’s ambition. She is best known for her roles in the fourth season of the AMC drama series Mad Men as Dr. Faye Miller, Kelli Moltisanti in the sixth season of The Sopranos, Linda Salvo in the 2006 comedy Artie Lange’s Beer League, and Karen Wheeler in the 2016 horror sci-fi Netflix original series Stranger Things. She has appeared in films too, such as Hulk (2003) and Let Me In (2010). 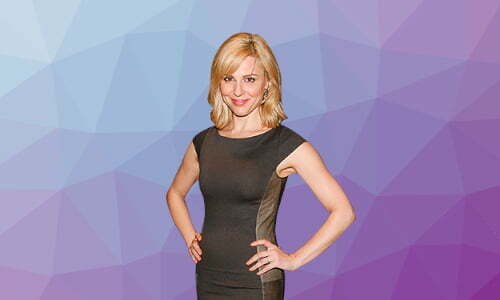 Cara Buono was born and raised in The Bronx, New York City, New York, in a blue-collar family with two brothers and a sister. She an American and is of Italian descent.

Buono attended Fiorello H. LaGuardia High School and is a 1995 graduate of Columbia University with a double major in English and political science. She earned her degree in three years and made her acting debut in Harvey Fierstein’s play Spook House.

Following her passion, the beautiful actress Cara Buono made her first onscreen appearance as Joanna in the television series, Dream Street. Much of her work has been in Indie films such as Next Stop Wonderland, Chutney Popcorn, Happy Accidents and so on.

Besides acting, Buono has also produced, written and directed films.

Cara Buono is married to Peter Thum, founder of Ethos Water, and as of August 2010, they have been living together in New York City’s Greenwich Village. They have a daughter together.

Cara Buono doesn’t talk too openly about her religion, but she was born and raised Catholic. She always thanks, God whenever she receives an award or nomination.

Cara Buono rarely comments on political matters and has said that she is not a fan of politics and hates it in general. Her dislike towards politics is probably why she doesn’t like to share her political views.

“Acting has always been my passion and I will continue to do it I until I get old”.

“I love food and I love ingredients and I love reading recipes. It’s just a great pleasure.”