Channing Matthew Tatum, an American actor, was born on 26thApril, 1980. He made his film debut in the drama film Coach Carter in 2005. His breakthrough role in the 2006 dance film Step Up made him to known by the public and he gained a wider audience in the country. He is famous for the character Duke in the 2009 action film G.I. Joe: The Rise of Cobra and its 2013 sequel G.I. Joe: Retaliation. G.I. Joe films received negative reviews from critics and the public, they were successful from the commercial side because the grossing is more than $300 million at the box office.

Channing Tatum was born in a small town, Cullman which is in Alabama. His mother is Kay (Faust) who is an airline worker and his father is Glenn Tatum who worked in construction. He has a sister called Paige. Channing Matthew was full of energy and somewhat troublesome from his very young age so that the parents let him take part in different sports such as track and field, baseball, soccer, and football to keep him out of trouble. He has great passion for football in the ninth grade and he hopes to become centered on earning an athletic college scholarship. He was enrolled in West Virginia with a full athletic college scholarship. He was a model for some famous brands like Abercrombie & Fitch, Emporio Armani and Dolce & Gabbana.

Tatum firstly worked in a modelling agency in Miami and represented major brands like ‘Armani’, ‘American Eagle’, ‘Abercrombie and Fitch’, ‘Pepsi’ and so on. Then he started to show up in the print ads and commercials ads. In 2004, he played a role in an episode of the TV show ‘CSI: Miami’. In 2005, he acted in the films ‘Coach Carter’, ‘Supercross’ and ‘Havoc’. In 2006, he gained a great fame in the high school romance ‘Step Up’, being the most notable among public. Tatum delivered an intense performance in the 2006 acclaimed drama ‘A Guide to Recognizing Your Saints’ and he played a role in the significant film was ‘Stop-Loss’ in 2008. In 2009, he featured in ‘Public Enemies’. The same year, he acted as the lead in the movie ‘G.I. Joe: The Rise of Cobra’ with 300 million at the box-office. He played the lead in the romantic drama ‘Dear John’ in 2010. In 2011, he also played a lot of roles in films of different genres. In 2012, he is known by ‘The Vow’, 21 Jump Street’ ‘Magic Mike’. He continued to play in ‘White House Down’ and ‘Side Effects’ in 2013.

It is said that Tatum was raised Catholic and he also studied in a Catholic High School before moving to Miami when he was younger. He does not make comments often related to religion views in the public and he might have moved away from the Catholic faith or just keeps his views private.

Tatum is not Republican. He once said that “I like horses and I like Obama”. He is in support of Democrats and is a big supporter of the LGBT community.

He enjoys running and working out and he also likes dancing and listening to music in the spare time.

According to some reports, he worked as a stripper at a local nightclub, under the name “Chan Crawford when he dropped out of high school, before getting into acting. 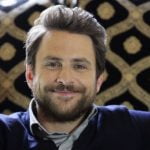 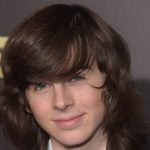