Charles Matthew Hunnam, an English actor, was born on 10th, April 1980 in Newcastle, England , to Jane (Bell), a business owner, and William Hunnam, a scrap metal merchant. At 18 years of age, he made a guest appearances in the popular TV series Byker Grove in 1989. It is estimated that his net worth is to be $8 Million. He studied in Cumbria College of Art and Design and he graduated with a degree in the theory and history of film with a side in performing arts.

He became famous in Britain due to his television role as the love-smitten Nathan Maloney in Queer as Folk in 1999. He played in independent movies, television series and auditions for such blockbusters as Star Wars. He played the first leading role in a film was in Nicholas Nickleby in 2002. In 2003, he played a leading character in the strongly cast and he adapted drama Cold Mountain. Nickleby. Pete Dunham in Green Street in 2005, Raleigh Becket in Pacific Rim in 2013, Percy Fawcett in The Lost City of Z in 2017, and in the title role of Guy Ritchie’s King Arthur: Legend of the Sword in 2017.

In the past, he does not associate with any organized religion. However, he now has a deep faith in a Unitarian God and a personal expression of faith.

He is enthusiastic about working out and spends at the gym in his spare time. He said that it helps keep him sane. He also likes playing sports, especially rugby.

He doesn’t hide the fact that he likes to smoke marijuana.

Hunnam run into the actress Katharine Towne when they auditioned for roles on Dawson’s Creek. They married in Las Vegas after dating three weeks. They divorced in 2002 after three year’s marriage. Hunnam has been dating artist Morgana McNelis since 2005. He hasn’t married since then.

Charles Matthew Hunnam is the second oldest of four boys in the family and he is also dyslexic which he has difficulty in reading the letters. At the age of 18, he was not allowed to do a full frontal nude scene in Queer as Folk by the sensors. He also worked as a writer who has written some reputable scripts.

The dudes who are big movie stars but also really good actors are more engaged in the acting,” he says. “Like Gosling and even Brad Pitt—those guys have incredibly full personal lives and incredibly full professional lives. I think most of the time fame is just an inconvenience that needs to be negotiated around to get done what you’re actually trying to do.

In 2002, he won the Best Acting by an Ensemble in National Board of Review by Nicholas Nickleby.

In 2013, he won the Best Global Emerging Actor in Huading Awards by Pacific Rim.

In 2017, he won the Male Star of the Year in CinemaCon Awardby King Arthur: Legend of the Sword. 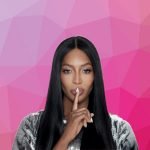 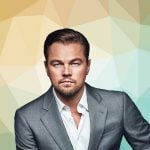