Chris Brown, also known as Christopher Maurice Brown was born in 1989, in Tappahannock, VA. He is an American actor, singer, rapper, and songwriter. At his young age, Chris was a choir member at his local church, and he was also involved in some local talent shows. In 2004, he signed with Jive Records and released his first album, Chris Brown on November 29, 2005, which was certified double platinum by the Recording Industry Association of America – RIAA. Chris Brown became famous because of his first single – Run It, which topped the US Billboard Hot 100.

He released his second album, Exclusive in 2007 which had several hits like Kiss Kiss, With You and Forever. The RIAA also certified the Exclusive album as double platinum. Apart from his solo commercial success, Chris Brown has also been featured in some singles like Shortie like Mine alongside Bow Wow, No Air with Jordin Sparks, Shawty Get Loose together with Lil Mama and T-Pain. Interestingly, these three songs have been ranked at number three, nine and ten respectively at the US Billboard Hot 100.

When discussing his childhood, Chris Brown says that he used to go to church every day, and he was amongst the kids who possessed more church clothes than school clothes. Also, he has ever stated that he experienced the Holy Ghost while performing one of his songs – His Eye Is on the Sparrow in Church.

Additionally, after he was released from jail in June 2014, he wrote that he was humble and blessed and also tweeted “Thank you, God.”

Chris Brown was once spotted wearing a shirt labeled “Obama or Die.” Other than that, Chris Brown is not involved in political activities’

Chris Brown started dating Karrueche Tran, an aspiring model in 2011 but ended the relationship in October 2012. He said that he had no choice but to end the relationship with Tran since he didn’t want to see her get hurt over his friendship with Rihanna.

In January 2013, Rihanna confirmed that she had resumed her romantic relationship with Chris Brown. Rihanna is quoted to have said that their relationship was different since they no longer had the arguments they used to have before.

However, during an interview in May 2013 Chris Brown said they he had broken up again with Rihanna. He then reunited with Karrueche Tran but they separated after the confirmation Chris Brown’s daughter with Nia Guzman.

Here are some interesting facts you didn’t know about Chris Brown.

Haters keep on hating, cause somebody’s gotta do it. 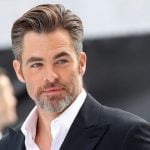 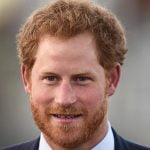