Chris Hardwick is an American actor, stand-up comedian, producer, writer and television host. He was born on 23rd November 1971 in Louisville, Kentucky. Currently, Hardwick serves as the CEO, Founder and creative head of Nerdist Industries, which is a digital division of Legendary Entertainment. Hardwick hosts Talking Dead on AMC, a weekly life after show affiliated to The Walking Dead. Besides, Hardwick hosts Talking with Chris Hardwick, a show where he interviews famous pop culture figures and The Wall on NBC. 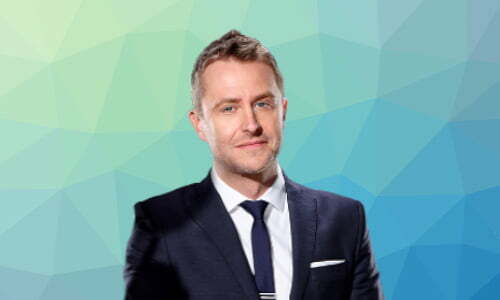 Hardwick is well known for hosting @midnight with Chris Hardwick, which is a Comedy Central’s Emmy Award-winning comedy game show. However, this show ended on 4th August 2017. He is also known for performing as Craig in Sanjay and Craig, a Nickelodeon animated comedy series.

Chris Hardwick also performs with Mike Phirman as stand-up comedians in the musical comedy duo Hard ‘n Phirm. He has also made appearances in horror films like Halloween 2 and House of 1000 Corpses. Also, he has appeared in Terminator 3: Rise of the Machines. Also, Hardwick has made guest appearances on shows like Zoey 101, CSI: Crime Scene Investigation, Boy Meets World. He was also a guest commentator on VH1’s I Love the ‘90s.

Chris Hardwick was raised as a Roman Catholic. However, it seems like he is no longer religious today as he is often seen making jokes about religion.

Hardwick likes to stay out of politics. However, some of his jokes and comments suggest that he is either a Democrat or Independent. As a comedian, Chris Hardwick always makes jokes about politics.

Chris Hardwick is a big fan science fiction and video games. In addition, he loves comedy, and he is very lucky to get paid to do something he loves.