Chris Hemsworth was born on 11th August 1983, in Australia. His mother, Leonie (van Os), was a teacher of English, and his father, Craig Hemsworth, was a social-services counselor in Melbourne. He is an Australian actor and is known for playing Kim Hyde in the Australian TV series Home and Away (2004-07) and Thor in the Marvel Cinematic Universe since 2011. In Star Trek (2009), the thriller adventure was His first Hollywood appearance, but it was his starring role in Thor (2011) which propelled him to fame worldwide. 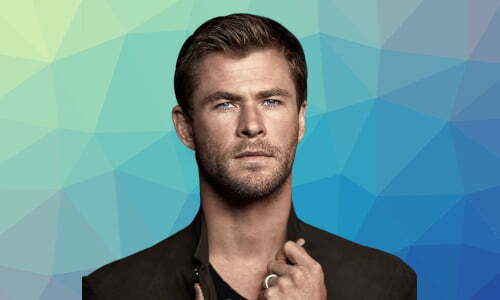 Hemsworth has also appeared in A Perfect Getaway (2009), the horror comedy The Cabin in the Woods (2012), the dark-fantasy action film Snow White and the Huntsman (2012), the war film Red Dawn (2012), and the biographical sports drama film Rush (2013). His brothers, Liam Hemsworth and Luke Hemsworth are also actors.

Chris Hemsworth is not a spiritual person, and it’s not sure if he ever was. He has never talked about his religious past if he had any.

When it comes to politics, Chris seems to be pretty quiet about his beliefs. However, he appears to be pretty liberal on social issues. He has talked about wanting to see more strong and independent female leads in movies. He replied to his daughter who wanted to “have a penis”, saying that,

“You know what, you can be whatever you want to be”.

These comments tend to support someone who believes in gender equality as well as supporting the LGBT community.

Chris Hemsworth married Elsa Pataky in 2010, who is a Spanish model, actress, and film producer. Elsa Pataky is best known for her role as Elena Neves in Fast Five and Fast & Furious 6. Their first daughter, Indie Rose was born in May 2012 and then a few years later the couple had twins Sasha and Tristan in March 2014.

Chris Hemsworth’s hobbies include surfing and cooking. He also loves to spend his time being in the kitchen and creating new dishes.

Chris Hemsworth is an Australian Rules football fan who supports the Western Bulldogs. Hemsworth was the star of the Australian Football League’s 2014 Everything’s possible campaign. He donated fees for his involvement in the Australian Children Foundation. Hemsworth would further go on to star in the AFL’s 2017 “I’d Like to see that” commercial.