Claire Elizabeth Foy is an English actress born on 16 April 1984 in Stockport, England. Claire is known for her portrayal of young Queen Elizabeth II in ‘The Crown’ in 2016, Season Of Witch(2011) and Vampire Academy in 2014. Foy made her screen debut in the pilot episode of Being Human in 2008 and also played a role in an episode of the BBC series Doctors in 2008. Furthermore, she made her professional stage debut at the Royal National Theatre, she played the title role in the BBC One production of very little Dorrit 2008. 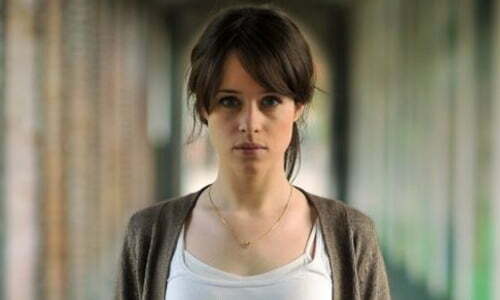 In 2011 she made her film debut as Anna in the ‘Season of the Witch. She got the main role of Erin Mathews in the Channel 4 series ‘Promise’. She received a lot of praise for her performance as the ill-fated queen Anne Boleyn in BBC2’s series ‘Wolf Hall’.

she was nominated for the ‘British Academy Television Award For Best Actress’ for her brilliant performance in ‘Wolf Hall’. Also, she got another nomination for this role in ‘Critics Choice Television Award For Best Supporting Actress in a Movie/Miniseries’. She was much praised and got critical acclaim and won the Golden Globe Award For Best Actress- Television Series Drama’ and ‘The Screen Actors Guild Awards For Outstanding Performance by a Female Actor in a Tv Series’. for her incredible role as young Queen Elizabeth II on the Netflix series ‘The Crown’. ‘Bafta Awards’ and ‘Primetime Emmy Awards’ nominated her for Best Actress Award for the same role.

Foy’s mother comes from a ‘massive Irish family’ as stated by her. She brought up in Manchester. She is the youngest child of her parents. Later on, they moved to Longwick because of her father’s occupation. He was a salesman for Rank Xerox. Her parents got divorced when she was just 8 years old. She attended ‘Aylesbury High School’ then she studied drama and screen studies ‘Liverpool John Moors University’. She graduated in 2007. In December 2014 she got married to Stephen Campbell Moor, who is also an actor. They have a daughter.

It seems that she belongs to Christianity. As her mother belongs to an Irish family. The dominant religion in the Republic of Ireland is Christianity, with the biggest church being the Roman Catholic Church. However, the country gives the rights of freedom of religion to everyone. So, we cannot say anything with certainty about her religion.

She has not spoken much about her political views. The only thing that she said about a bit of it is about honesty in politics. “I thought the other day I’d quite like to go into politics,” she muses, “but only because I want everyone to be honest when they’re lying through their fucking teeth.”

Acting is her passion. Once she said that if she wouldn’t work from 9- 5 then acting would be her hobby. She loves to do exercise for being fit and beautiful. She likes to be at home. As once she said,

‘I love my home, any home actually – my moms, and of course my own. I love eating food there and chilling in bed with a cup of tea’.
Stephen Gately was her childhood celebrity crush but as grow up she got obsessed with Leonardo Dicaprio.