Daisy Ridley is an English actress and film producer. She attended a performing arts school before she began her acting career. Ridley was brought on board in 2012 to work as an actress in an animated production, Scrawl, which was released in 2015. Besides, she appeared in several films like Lifesaver and Blue Season and some episodes of British TV shows Toast of London, Casualty, and Youngers in 2013. In 2014, Ridley reappeared in the forensic crime series Silent Witness and the department store drama Mr. Selfridge. 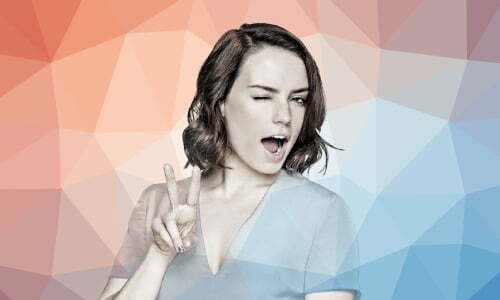 After auditioning for several times, Ridley landed one of the most sought-after roles in Star Wars: The Force Awakens (2015). The film was a major box-office hit which made Ridley very famous. Brian Viner of the Daily Mail described her as the real star of the show, and he said that her role in the film should send her acting career into orbit. Ridley’s performance in the film received critical acclaim, with Richard Roeper describing her character as a breakthrough performance.

In January 2016, Ridley became the executive producer of the documentary The Eagle Huntress. The documentary premiered on January 24, 2016, at the Sundance Film Festival, with Ridley narrating. Also, she featured on Barbra Streisand’s Encore: Movie Partners Sing Broadway album in the same year. Together with Anne Hathaway, Ridley and Streisand performed the song All the Ballet, with Ridley assuming the role of Bebe.

Daisy keeps her religion to herself, and she doesn’t like to speak much about the topic. However, it has emerged that she has a small tattoo on her right thigh, which can be interpreted as a symbol of spiritual awakening. Thus, many people consider Daisy more spiritual than religious.

Ridley is very private about politics even though she seems to lean towards being a Democrat. She has ever posted on her Instagram about how she was moved by a tribute toward victims of gun violence. However, her post triggered negative reactions amongst her fans, with one of them saying Ridley shouldn’t involve herself with issues related to gun violence since she has ever played a role with a gun in Star Wars. But, Ridley’s views on guns suggest her being more liberal.

Daisy is said to be dating Charlie Hamblett, but they are not yet married.