Danai Jekesai Gurira, professionally known as Danai Gurira is an American actress and playwright of Zimbabwean background. She is best known for her role as Michonne in The Walking Dead, an AMC television horror series, and also received appreciation for her work as a writer for the play Eclipsed, which won a Tony Award. 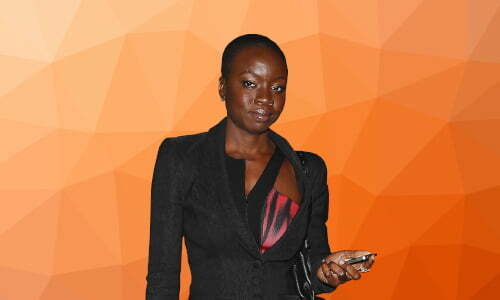 Gurira earned a Master of Fine Arts in acting, from New York University’s Tisch School of the Arts and also has a Bachelor of Arts in Psychology degree.

She started off by writing plays which highlighted strong women. When she gained recognition and appreciation, she continued writing plays and became prominent.

In 2009, Gurira made her acting debut on Broadway in August Wilson’s play Joe Turner’s Come and Gone in which she played her role as Martha Pentecost. She received the Whiting Award for an emerging playwright in 2012. In January 2015, a play entitled Familiar, written by Gurira and directed by Rebecca Taichman, opened at Yale Repertory Theatre.

AMC productions announced on a live broadcast that Gurira would be joining the cast of their horror-drama series The Walking Dead in its third season, which is the highest-rated series in cable television history. Gurira plays Michonne in the series.

Gurira is a Christian and claims that she was influenced by her parent’s beliefs when growing up. Danai was born in the United States, but her family moved back to Zimbabwe when she was five years old. A few years ago, she wrote a play called Convert which explains about seven African characters set in 1895, during the rise of Christianity.

Danai is a Democrat. She posted the following to Twitter,

“Your vote matters. We need a leader that will stand with women. Not against them. #OurVoteCounts #ImWithHer”.

She appeared to also support Hillary Clinton and her run for President.

She likes swimming and keeping fit. She is also a big fan of watching tennis, which is her favorite sport.

Danai appears to be currently single. It’s uncertain if she’s just private with her love life or if she’s just busy acting and not dating anyone.