Danny DeVito is an American actor, comedian, director, and producer. He gained popularity for his portrayal of the taxi dispatcher Louie De Palma in the television series Taxi (1978–1983), which won him a Golden Globe and an Emmy. 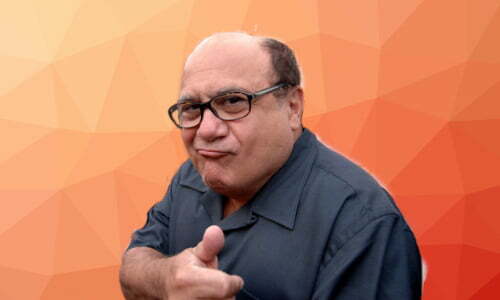 A major film star, he is known for his roles in Tin Men, Throw Momma from the Train, One Flew Over the Cuckoo’s Nest, Ruthless People, Man on the Moon, Terms of Endearment, Romancing the Stone, Twins, Batman Returns, Look Who’s Talking Now, Big Fish, Other People’s Money, Get Shorty, Be Cool, and L.A. Confidential and for his voice-over in such films as Space Jam, Hercules, and The Lorax.

He started off by training at the American Academy of Dramatic Arts and performing for various theatre productions. His first major role was in the series Taxi. He went on to have a successful movie career.

DeVito is a big fan of the band Phish. He is so into them that he attended their final concert in Coventry, Vermont in the year 2004. He is also a die-hard fan of the musician, Mike Patton.

He was raised in a Catholic family and attended a Catholic school growing up. While he remains Catholic, he isn’t staunch. His wife, Rhea Perlman, is Jewish, and they do their religious practices for both religions and there seem to be no issues between them regarding religion.

In March 2016, DeVito endorsed democratic socialist Bernie Sanders for President. He was a supporter as a Democrat. In July 2016, he endorsed Jeremy Corbyn’s 2016 campaign in the Labour Party leadership election.

He’s contributed a lot of money to the Democratic Party. In fact, the majority of DeVito’s political activity seems to be trashing Republicans. His Twitter feed is filled with political debate, and DeVito was doling out sarcasm.

Danny is married to Rhea Pearlman. The couple has been married ever since 1982. After being together for 40 years and married for 30 years, the couple separated in 2012 but ultimately reunited a year later.

DeVito is a big fan of the band Phish. He is so into them that he attended their final concert in Coventry, Vermont in the year 2004. He is also a die-hard fan of the musician, Mike Patton.