Elizabeth Debicki was born on 24th August 1990 in Paris, France. She is an Australian actress. She made her film debut in the 2011 movie A Few Best Men as Maureen. Debicki is best known for her role in The Great Gatsby, The Man from U.N.C.L.E. and The Night Manager. 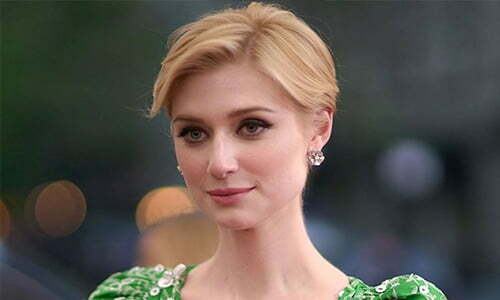 She even won the AACTA Award for Best Actress in a Supporting Role for the Great Gatsby and starred in the Sydney Theatre Company production of The Maids with Cate Blanchett and Isabelle Huppert for which she received a nomination for the 14th Helpmann Awards.

Elizabeth Debicki was born to a Polish father and an Australian mother of Irish descent who were both ballet dancers in Paris, France. When she was five years old, her family moved to Melbourne, Australia. She is the eldest of three children and has a younger sister and a brother. At an early age, Debicki became interested in ballet and trained as a dancer until she decided to switch to the theatre. She studied at the Hunting tower School in eastern Melbourne where she achieved two perfect study scores in Drama and English. She was the school’s dux when she graduated in 2007. In 2009, she was the recipient of a Richard Pratt Bursary for outstanding acting students in their second year of training. She completed a degree in drama at the University of Melbourne’s Victorian College of the Arts in 2010.

Elizabeth Debicki is currently single. She also does not have any past records of her relationships nor any rumors. Debicki has remained silent about her private life matters. Has Elizabeth ever dated or has she been in love connection with someone or not is a big question for all of her fans. She is an alluring lady so it’s difficult to determine if Elizabeth has dated anyone or not.

Elizabeth Debicki hasn’t made any public statements about her religion. Her mother was of Irish descent and her father was Polish. Our best guess is that her religion is Christianity.

Elizabeth Debicki has said that she is a very private person and hasn’t shared much about it because she is not a very interesting person as she defines it. Moreover, she doesn’t have any social media accounts so we cannot say much but she has expressed her concerns about gender equality and the gender pay gap.

Besides acting, Elizabeth Debicki loves to dance. While growing up, Debicki received extensive ballet training. Both her parents were professional ballet dancers and because of that, she seems to have taken the same path until she decided to switch to the theatre.