Joseph Jason Namakaeha Momoa was born on 1st August 1979 in Honolulu, Hawaii, to Coni, a photographer, and Joseph Momoa, a painter. He is a Kānaka-American actor, model, and producer. He is best known for his television role as Ronon Dex on the science fiction television series Stargate Atlantis and Baywatch: Hawaii. He is also known for his role as Khal Drogo in the HBO fantasy television series Game of Thrones, and as Declan Harp in the Netflix series Frontier. 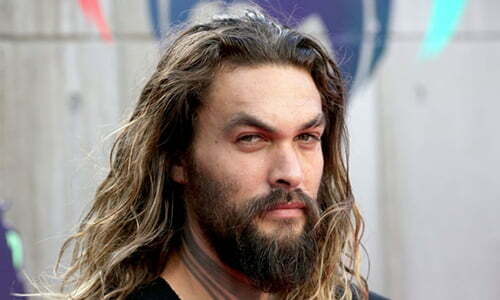 Jason Momoa has also appeared in movies. He portrayed the title character in the sword and sorcery film Conan the Barbarian, which brings a huge prestige for the actor. Other than that, he plays Aquaman in the DC Extended Universe, beginning with the 2016 superhero film Batman v Superman: Dawn of Justice, and then in the 2017 ensemble Justice League and the 2018 solo film Aquaman.

In, 1998 Jason Momoa was spotted by international designer Takeo Kobayashi. He encouraged him to build up a career in modeling. Jason began his journey in the showbiz arena and hosted the Miss Teen Hawaii contest and won Hawaii’s Model of the Year 1999. He also made his acting debut with the television drama series Baywatch: Hawaii, in 1999. He appeared in the movie ‘Conan the Barbarian’ featuring by Arnold Schwarzenegger in 2009 and won the Male Rising Star Award. He landed his career breakout role in the American fantasy drama television series Game of Thrones. In 2014, he directed an American thriller movie named Road to Paloma. He also starred in the movie Justice League.

Jason Momoa is a Buddhist and he meditates daily. As a young man, he traveled a lot, took up pastel painting in Paris, and his passion about the secrets of Buddhism started when he visited Tibet.

Jason Momoa tends to stay outside of the political world as he hasn’t shared any of his political views and opinions lately.