Jennifer Lawrence’s fame grew with her starring role as Katniss Everdeen in the Hunger Games film series (2012–2015). It established her as the highest-grossing action heroine of all time. She also earned various accolades for her collaborations with director David O. Russell. In the romance film Silver Linings Playbook (2012), her performance as a depressed and bipolar widow earned her an Academy Award for Best Actress, which made her the second-youngest winner of the award.

Moreover, Lawrence won a BAFTA Award for Best Actress in a Supporting Role for playing a troubled wife in the black comedy American Hustle (2013). She also won Golden Globe Awards for her roles in each of these films, and as Joy Mangano in the biopic Joy (2015).

Lawrence graduated from high school two years early with a 3.9 GPA, part of the deal her parents made with her to allow her to pursue acting. She now resides in Santa Monica with her dog and plans to continue directing.

She dated her X-Men co-star, Nicholas Hoult, from 2011 to 2013. A year later, she was involved in an on-and-off again relationship with Coldplay’s Chris Martin, which reportedly ended in the summer of 2015.

That same year, she established a charitable organization, the Jennifer Lawrence Foundation.

Jennifer Lawrence is the founder of the Jennifer Lawrence Foundation, through which she supports various charitable organizations. In the media, she is known as an advocate for feminism and gender equality.

Lawrence has not spoken about her religious views or the views of her family. Though her fans have identified her as a Christian or a Catholic.

Jennifer hasn’t made it clear what her political views are but she is most likely a Republican. She made a negative statement about PETA which annoyed some liberals. In reference to a scene where she killed and gutted a squirrel, she stated,

“I should say it wasn’t real, for PETA, but screw PETA.”

Although, she could just have been the unfiltered, playful person she is, and thrown an unintentional insult at PETA for fun. That and the theory of her being a Christian gives points to her affiliating with the Republican Party.

Jennifer Lawrence’s horoscope states that she’s a Leo with fire as her dominant element. Her positive qualities are her energy, self-confidence, enthusiasm, and courage. She’s very passionate and asserts her will-power to accomplish her goals.

However, she does lack the ability sometimes to step back and has a bold personality that can prompt her to do or say foolish things. The “PETA comment” is an example of her boldness turning into foolishness. 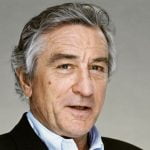 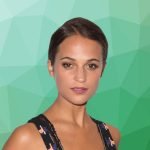