Jessica Ann Simpson is an American actress, singer, fashion designer and businesswoman. She became a star when she was signed to Columbia Records at the age of 16, and she subsequently released her first album in 2009. That album sold more than four million copies and her hit track from the album even became very popular. Since then, she has been a force to be reckoned with in the American music industry. 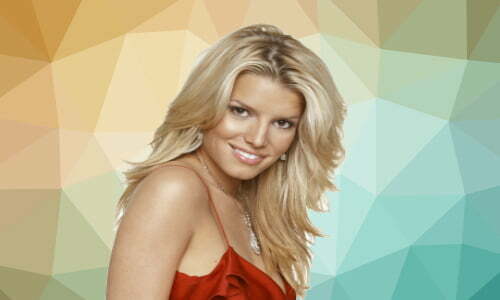 Like some artists, she too started her music career from the church as a child in the choir. But when she was 11, she realized that she had to step up and achieve more with her gifts. This prompted her to audition for Mickey Mouse club at the age of 12. She did well in the competition as she ended as a semi-finalist alongside Christina Aguilera, Justin Timberlake, and Britney Spears.

She has released about seven studio albums so far, although with mix reactions from the public as she was more successful with her early albums. The 37-year-old pop/country music star has since sold over thirty million albums globally.

She made her acting debut in 2002 when she starred in the movie The Master of Disguise and in the TV series that ‘70s show. Since then, she has starred in several other movies and TV series.

Also in 2014, her second perfume line was released. She later went into fashion and shoes, workout kits and trainers. She has since maintained that her fashion line will become her major focus in the near future. She has also been trending as a philanthropist, performing in support of organizations that support the less privileged or making an outright donation.

Her early days were in the church choir, so it is not surprising to know that Jessica Simpson is a devout Baptist church member. She even stuck to her religious belief that virginity must be lost upon marriage. She was once quoted as saying “God is love and I am so compassionate about my relationship with God and it makes me who I am…..I can take pride in my love for God and I believe everybody else around me can have that as well.”

Generally, Jessica Simpson is not a very passionate person about religion. But when George W. Bush was contesting for presidency in the United States, she was a strong admirer of him. This has made some think she favors the Republican Party, though much recently she voiced her admiration for Michelle Obama, a Democrat.

Jessica Simpson married Nick Lachey in 2002 but later divorced in 2006. After that, she was briefly involved with Tony Romo. In 2014, she married retired NFL player Eric Johnson. Their union has produced two Children so far.

Do you know that in 2004, Jessica Simpson was ranked as the hottest female of the year?