Kelly Marie Tran is an American film and television actress. She was born on 17 January 1989, in San Diego, California, USA. Kelly is an actress, known for her lead role as Rose Tico in ‘Star Wars: The Last Jedi’ the eighth part of Star Wars series the most recent movie released in 2017. She also did some other famous movies like ‘Untouchable’ in 2011 and Hot Girls On Beach (2011). 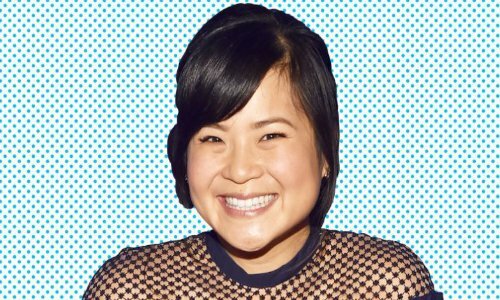 Her parents are refugee migrants from Vietnam they leave the country after the ‘Vietnam War.’ She doesn’t have an appealing childhood. Her parents were poor; the father was working at Burger King and mother worked at a funeral home. Tran attended ‘Westview High School’in San Diego and worked at a yogurt shop to earn money. Furthermore, Tran has done her graduation from University of California Los Angeles(UCLA) with Bachelors in Arts in Communications.

Tran spent her adulthood in Los Angeles giving many auditions for small parts and doing comedy theatre at the ‘Upright Citizen Brigade’ and in ‘The Second City.’ In addition to it, in 2013, she was starred in the web series ‘Ladies Like Us.’ Furthermore, Kelly has done numerous College humor videos. After getting a role in ‘Star Wars,’ she was extremely happy and excited and didn’t tell about it to her family. She kept it a secret for months. She has also done some work on television.  ‘The Inside Girl’ in 2011, ‘Fabulous High’ in 2012 and ‘Ladies Like Us’ in 2013 are included in it.

“She is someone who is used to remain in the background of the Resistance, and in this film … she kind of gets pulled to the forefront of it,” says Tran.

It seems that she has brought up in a very traditional environment and rooted in her Vietnamese norms. So, it is possible that ‘Buddhism’ is her religion.

She has not much spoken about politics. So, nothing can be said about her political views with certainty.

It seems that the Star Wars actress loves ‘Harry Potter’ series. When she was asked to give major ‘Star Wars’ characters into Hogwarts houses from the Harry Potter universe. She seemed to be enthusiastic about the opportunity to speak about her other geek passion.