Mädchen Amick was born on 12th December 1970 in Sparks, Nevada, a few miles east of Reno. She is an American actress. Amick rose to fame for her role as Shelly Johnson on the cult television series Twin Peaks and its prequel film Twin Peaks: Fire Walk with me. She also portrayed Tanya Robertson in Stephen King’s Sleepwalkers. Currently, she appears as Alice Cooper, Betty’s mother, on The CW series Riverdale. Other than that, her screen credits include Gossip Girl, American Horror Story: Hotel and the 1992 horror movie Sleepwalkers. 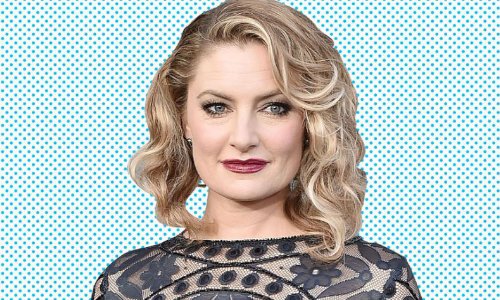 Mädchen Amick was born in Sparks, Nevada, a few miles east of Reno to Judy, a medical office manager, and Bill Amick, a musician. While growing up, her parents encouraged to follow her own creative instincts. Therefore, she learned the skill of playing the piano, bass, violin, and guitar as well as being able to do tap, ballet, jazz and modern dancing. At the age of 16, she moved to Los Angeles to pursue a career in acting, in 1987.

Mädchen Amick hasn’t disclosed her religious or spiritual beliefs to the public yet. Although, she is vocal about maintaining a healthy balance in your life between the personal needs and the needs of one’s family, job, and relationships.

Mädchen Amick describes herself as a “bleeding heart liberal” in her own words. She has vocally supported rights for transgender students to use bathrooms for the sex that they identify with. Mädchen said in a blog post from 2017:

“I feel that who your heart loves, what clothes you choose to wear, or what you want to do with your body, is your own damn business. I have never understood the part of our society that feels they have the right to tell you if you should love someone from another race or sex. What sexual positions are allowed in your own bedroom. Whether you should or shouldn’t identify with the sex that you were born with. Or all of the other obnoxious rules and regulations that society wants to put on our lives.”