Mark Richard Hamill was born on 25th September 1951 in Oakland, California. He is an American stage, screen and voice actor. He is known for playing Luke Skywalker in the Star Wars film series and for his voice-over work in animations and video games as the Joker, beginning with Batman: The Animated Series in 1992. 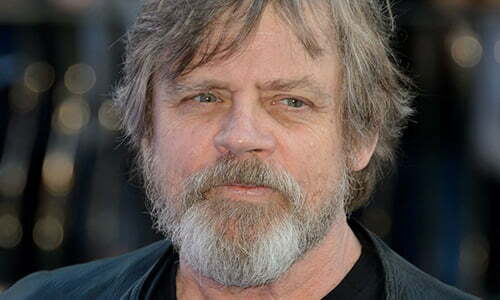 Mark Hamill has acted in numerous theater productions, notably The Elephant Man. He is even the co-writer of The Black Pearl comic book miniseries and has also written several stories for the Simpson Comics. He even won the British Academy Video Game award for best performer.

He also has one grandchild by his son Nathan. Nathan was born during the production of The Empire Strikes Back and had a cameo appearance as one of the Royal Guards of Naboo in Star Wars: Episode I – The Phantom Menace.

Mark Hamill is a staunch Democrat. During the 2012 Presidential election, he is reported to have named Mitt Romney as a “snake oil businessman”. In 2012, mid-July at Comic-con, he said:

“If you don’t vote for Barack Obama, you’re insane. Because without him, I think the middle class will completely disappear.”

In 2016, he endorsed the candidacy of P.G. Sittenfield for the Senate. Furthermore, he has made a mockery of Donald Trump’s tweets in his Joker-like voice. He, however, describes his father as a Nixon Republican.

“I had the accident way before Star Wars came out, but what really happened has been terribly distorted. I broke my nose, that’s it!”

“I’ve read accounts about how my face has been reconstructed with plastic surgery and how I was pulling myself along the highway with one arm looking for help. I even heard that I drove off a cliff! That’s the best one of all.”