Matthew William Goode was born on 3rd April 1978 in Exeter, Devon where he also grew up. He is an English actor. In 2002, he made his screen debut with ABC’s TV film feature Confessions of an Ugly Stepsister. Matthew’s breakthrough role was in a romantic comedy Chasing Liberty, for which he received a nomination at Teen Choice Awards. He also starred in romantic comedy Leap Year and Australian drama Burning Man (2011). The latter earned him a nomination for Best Actor at the Film Critics Circle of Australia Awards. He is also known for his role in The Lookout, A Single Man, Cemetery Junction, Stoker, Belle, The Imitation Game and Self/less. 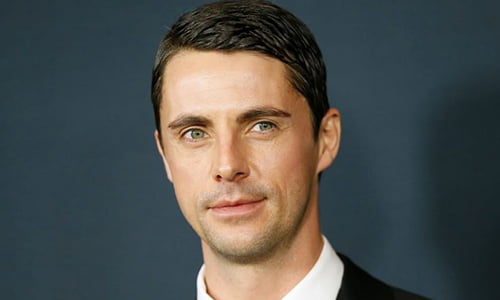 Other than appearing in films, Matthew Goode has also appeared in numerous television shows. His most notable television roles include Henry Talbot in the final season of historical period drama Downton Abbey and Finley “Finn” Polmar in the CBS legal drama The Good Wife. He also had a lead role in the critically acclaimed British mini-serial Dancing on the Edge, as music journalist Stanley Mitchell, for which he earned a nomination for Best Actor in a Miniseries or a Television Film at the Satellite Awards. In 2017, Goode portrayed Antony Armstrong-Jones, 1st Earl of Snowdon in the Netflix biographical drama series The Crown.

Matthew Goode was born in a small village, Clyst St. Mary, in Exeter, Devon where he also grew up. His father is a geologist and his mother, Jennifer, is a nurse and amateur theatre director. He is the youngest of five children with a brother, two half-brothers, and a half-sister, television presenter Sally Meen, from his mother’s previous marriage. Matthew Goode studied at Exeter School, an independent school in Exeter, Devon, followed by the University of Birmingham and London’s Webber Douglas Academy of Dramatic Art.

Matthew Goode is a Christian.

Matthew Goode hasn’t disclosed his political views to the public yet.

“I’m not posh, not in the slightest. My parents spent some money on my education, but I wasn’t born to the purple.”

“I’m always pretty tense about everything when it comes to working.”

“Making a film is very hard work, and you live or die by the sword just a little bit every time you do it, but I wouldn’t chuck it in.”