Prince Harry is the son of Charles (Prince of Wales) and Diana (Princess of Wales). He was born on 15 September 1984 as Henry Charles Albert David. When he was born, Prince Harry was third in the line of succession of the British Crown, after his father Charles and his elder brother.

Prince Harry served for 77 days in Afghanistan between 2007 and 2008. However, he was pulled out of Afghanistan after his presence there was revealed by an Australian magazine. He has deployed to Afghanistan again in between 2012 to 2013 for 20 weeks where he served with the Army Air Corps. Prince Harry left the army in June 2015.

In 2014, the Prince launched Invictus Games, and up to date, he is the patron of its Foundation. Additionally, he is also a patron of other organizations including the London Marathon Charitable Trust, HALO Trust and Walking With The Wounded.

However, some people have started a debate about whether Prince Harry is actually religious or not, as he rarely shares any information regarding his religion. Today, the western society, including England, continues to push towards secularization and there is a high possibility that Prince Harry supports that campaign.

Since Prince Harry is part of the Britain’s Royal Family, he is not allowed to contribute to British politics. Prince Harry cannot make any political statement, vote, vie for an office, endorse a candidate or even comment on anything which might make him seem like he is siding with anybody or taking a political stand.

There were speculations that Prince Harry was dating Chelsy Davy, the daughter of Charles Davy a Zimbabwean businessman based in South Africa. This came after Chelsy attended a ceremony where Prince Harry received an Operational Service Medal for serving in Afghanistan. Chelsy was also present during Prince Harry’s graduation ceremony, where he received his flying wings from his father. It was reported that Harry and Chelsy separated in 2009 after dating for five years.

Prince Harry was introduced to Cressida Bonas in May 2012. However, the couple separated amicably in April 2014. In November 2016, it was confirmed that Prince Harry was dating Meghan Markle, an American actress and a humanitarian. Prince Harry and Meghan made their first public appearance in September 2017. This happened during a royal official engagement, during the opening of the Invictus Games in Toronto, Canada.

• As of 2015, Prince Harry was fifth in the line of the British Throne.
• His mother called him “My Little Spenser” because of his red hair which comes from her family.
• His polo skills started at an early age. 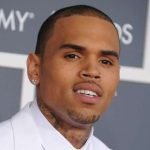 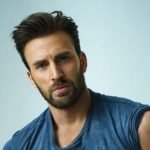