Robert Anthony De Niro was born on August 17th, 1943. He is an American actor, director and producer, and director. He holds both, American and Italian citizenship.

In 1976, Robert De Niro married actress Diahnne Abbott and had one son Raphael, a former actor who works in New York real estate. The couple divorced 12 years later, in 1988. He then had a long relationship with model Toukie Smith, with whom he had twin sons, Aaron Kendrick and Julian Henry De Niro, in 1995.

Then in 1997, De Niro married his second wife, Grace Hightower, at their Marble townhome. With whom he has a son.

De Niro was raised by a former Catholic and an atheist and his grandparents had him secretly baptized into the Catholic Church. De Niro is either a Catholic or an atheist, but he doesn’t seem to practice and he doesn’t want to talk about it.

Robert De Niro is a private man. He doesn’t like to be interviewed. On the rare occasions that he does grant an interview, reporters are provided a list of off-limit topics, which includes religion, politics and his family.

Robert De Niro is a long-time, devoted supporter of the Democratic Party.

While promoting the film The Good Shepherd with co-star Matt Damon on the December 8, 2006, episode of Hardball with Chris Matthews at George Mason University, De Niro was asked whom he would like to see as President of the United States. De Niro responded,

“Well, I think of two people: Hillary Clinton and Obama.”

On February 4, 2008, De Niro supported Obama at a rally in New Jersey before Super Tuesday.

De Niro joined the anti-fracking campaign Artists Against Fracking, in 2012.

Robert De Niro was an outspoken critic of candidate Donald Trump, during the 2016 presidential campaign. He called him “so blatantly stupid” and said that “I’d like to punch him in the face” in reference to the similar desire Trump expressed towards the DNC speakers at one of his rallies.

Since 1989, Robert De Niro, who has long resided in New York City, has been investing in Manhattan’s Tribeca neighborhood. He also has residences on the east and west sides of Manhattan and has a 78-acre estate in Gardiner, New York, which is his primary residence.

Robert De Niro is living proof that anyone can achieve their dreams. He didn’t always know that he wanted to be an actor. He didn’t even know he wanted to act until, at the age of seventeen, after leaving the movies with a friend, he randomly stated that he was going to be a film actor. No-one actually believed him – until he dropped out of his senior year of high school and joined Stella Adler’s acting school and the rest is movie history. 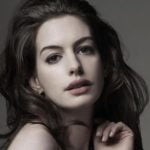 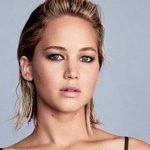