Robin McLaurin Williams was born on 21st July 1951. He was an American stand-up comedian and actor. Starting as a stand-up comedian in San Francisco and Los Angeles in the mid-1970s, he is credited with leading San Francisco’s comedy renaissance. Williams established a career in both stand-up comedy and feature film acting after he rose to fame as Mork in Mork & Mindy (1978–82). He was acknowledged for his improvisational skills. 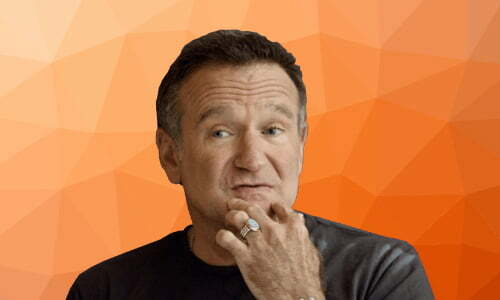 On Monday, August 11th, 2014, Robin Williams was found dead at his home in Tiburon, California USA, the victim of an apparent suicide, according to the Marin County Sheriff’s Department. A 911 call was received at 11:55 AM, firefighters, and paramedics arrived at his home at 12:00 PM, and he was pronounced dead at 12:02 PM. His wife attributed his suicide to his struggle with Lewy body dementia.

In June 1978, Robin Williams married his first wife Valerie Velardi in June 1978. Velardi and Williams met in 1976 while he was working as a bartender at a tavern in San Francisco. In 1983, their son Zachary “Zak” Williams was born. Williams and Velardi divorced in 1988.

On October 22, 2011, Williams married his third wife, Susan Schneider, who is a graphic designer, in St. Helena, California. The two lived at their house in Sea Cliff, San Francisco, California.

Williams’ father was Episcopalian and his mother was a devout Christian Scientist. He seems to claim Episcopalian but many speculate that he was really an atheist.

Williams was a long-time supporter of the Democratic Party and perhaps one of the most liberal actors in Hollywood. He has pushed the limits of social convention in his films from a cross-dressing nanny in Mrs. Doubtfire to a gay father who makes a fool and a cross dresser out of a conservative politician in The Birdcage.

“You’re only given one little spark of madness. You mustn’t lose it.”

“What’s right is what’s left if you do everything else wrong.”

“No matter what people tell you, words and ideas can change this world.” -Dead Poets Society

“Some are born great. Some achieve greatness. Some get it as a graduation gift.”

“If women ran the world we wouldn’t have wars, just intense negotiations every 28 days.”