Rosa Bianca Salazar is an American actress born in Canada on 16 July 1985. She is primarily known for comedy and sci-fi roles. In 2009 she started performing in New York City and moved to Los Angeles, California to pursue her acting career. Rosa is famous for her characters in the FX anthology series American Horror Story: Murder House as Nurse Maria and as Zoe DeHaven on the NBC series Parenthood. 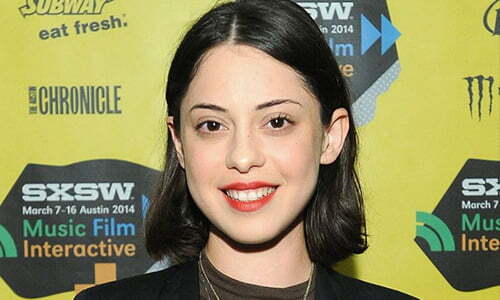 Rosa starred as Lynn in ‘The Divergent Series: Instrument, and as Brenda in ‘Maze Runner: The Scorch Trials.’ Furthermore, she is also starring as Alita in the upcoming film ‘Alita: Battle Angel. Additionally, she also appeared in many CollegeHumor sketches.

Salazar was raised in Greenbelt, Maryland. She became an entertainer at the age of 15 and seriously took her acting career for becoming a successful actress after moving to New York City as a young adult. Here she worked with ‘College Humor’. She got engaged to Isacc Hiller. Also, she has appeared in several sketches. Salazar got roles on two superhit TV series, ‘Parenthood’ and ‘American Horror Story: Murder House’ immediately after moving to Los Angles. Additionally, Salazar co-starred in the sequels of ‘The Divergent Series: Insurgent as Lynn, and as Brenda in ‘Maze Runner: The Scorch Trials’.

As she was born in Columbia, Canada. Majority belongs to Catholicism there. She also might be a Catholic, but it is still unconfirmed. However, she never talks about her religion.

She was a hyperactive child. She loves dancing as she quotes about herself:

I was just that kid in the family that you put on the table and watch it dance around, and you’re like, ‘Oh, look at that hyper kid!’

Also, sleeping is one of her favorite hobbies. She says that she can sleep anywhere even on a dime. She says that she is a tomboy at heart and in the body. Rosa remains active on social media like Twitter. She is a highly energetic person and turns to acting as a way to expel energy.

When she was broke and homeless, she told herself that her biggest goal was just to have a house. That goal was achieved. I’m just really, really lucky, added by her.
Rosa was a kind of kid who always practicing crying or being angry or falling asleep or being excited. She was quite a naughty child. Salazar used to make weird faces in her room.
She considers Adam Palley her ‘Work Husband.’
She told Instyle “I wear American Apparel jeans every day of my life,”
Her first job was as a concession coordinator at a Landmark Theatre in Maryland.