Thomas Matthew DeLonge Jr.  (professionally known as Tom DeLonge) is an American musician, singer, songwriter, entrepreneur, record producer, and film producer. He is the lead vocalist and the guitarist of the rock band, Angels & Airwaves. He was also the guitarist and co-lead vocalist of yet another rock band called Blink-182, which he co-founded in the year 1992. Due to unspecified reasons, the band split in the year 2005. 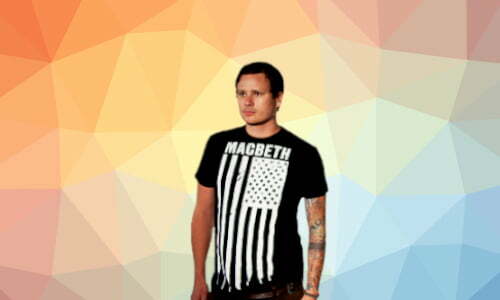 DeLonge was born and brought up in the suburbs of Poway, and fascinated skateboarding. He has gifted his first guitar which made him realize his desire to be a musician. Later in his high school years, he formed Blink-182 with bassist Mark Hoppus and drummer Scott Raynor.

The band earned fame after they had the big success with Enema of the State (1999), which featured three hit singles, selling up to 15 million copies worldwide. Blink-182 topped in the number one album list with 2001’s Take Off Your Pants and Jacket.

In 1996, DeLonge reportedly dated Jennifer Jenkins, who was his friend since high school. They got married in the year 2001 at Coronado, California at San Diego Bay. The band Jimmy Eat World performed at the reception. DeLonge gave each of the groomsmen, including Mark Hoppus, silver yo-yos. They have two children, a son, and a daughter. The family lives with their dogs in Del Mar, California.

Tom has found interests in various endeavors such as writing and acting as well. He has written several children’s books and also claimed to co-write around 15 novels with the bestselling authors.

He has also tried a hand at business. In fact, he created several websites that reach different from all walks of life.

One thing to be noted is the fact that he is infatuated with all things space. He believes in extraterrestrial life and has created a website that supports all kinds of paranormal activities including information on spotted UFO.  He was even named UFO Researcher of The Year earlier this year. His name was spotted in leaked emails from Hillary Clinton that engaged in discussions about UFOs.

Not much about Tom’s political views are known. But there have been speculations that he could be a Democratic. But this can’t be said for sure unless DeLonge discusses further it.

We know that Tom is a believer since he has mentioned God in his songs and has two songs titled “Letters to God.” He is speculated to be following Christianity as well as being a Freemason (freemason symbols on his guitars). A Freemason is a group that vows to help their community, and to be one of them; you must have some belief in a superior being like God.