Travis Fimmel is an Australian actor. He was born near Echuca, Victoria, Australia on the 15th of July, 1979. He was formally a model before moving into acting. He attained prominent by posing on traffic-stop billboards in a pair of Calvin Klein brief. He gained immense recognition in acting as he began starring as Ragnar Lothbrok in Vikings in 2013. 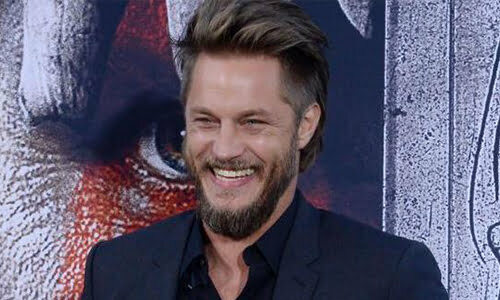 He was born into a family of five. Travis Fimmel’s father Chris Fimmel is a cattle farmer while his mother Jennie Fimmel a nurse. Chris and Jennie Fennel had three boys, among which Travis Fimmel being the youngest.

Travis has been quoted to have no religious beliefs. But Travis Fimmel does believe that religion is fascinating, and he intends to find out how it impacts people’s life.

Travis Fimmel is a private person. It is quite difficult to predict his Political view.

Travis had been linked with some girlfriends as he commences his acting career such as Mei Melancon, Merrin Dungey, and Jessica Millar among others. As it appears, Travis Fimmel is believed to be single. He is a private person and thus might not be easy to tell who he is presently dating.