Trish Goff was born on 8th June 1976 in Pittsburgh, Pennsylvania, USA. She is an American former model, actress, and real estate broker. She is best known for her role Noise (2004), City Minutes (2005) and The Victoria’s Secret Fashion Show (2001). 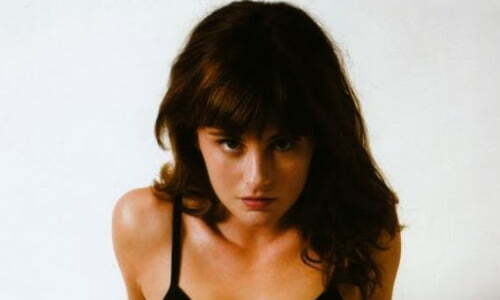 Victoria Secret Fashion Shows boosted her popularity as a model. She has also worked in campaigns for Banana Republic, Chanel, Chloé, and Christian Dior. She has also represented Gap, Pollini, Ann Taylor, Louis Vuitton, Versace, and YSL. Her zodiac sign is Gemini.

Trish Goff was born and raised in Northern Florida. Trish’s natural beauty was always evident, with her parents noticing early in her adulthood that she was a gorgeous girl. Her big break came when she was discovered by a modeling scout at the age of 15 when she and her family moved to Florida. She dropped out of school after being discovered and moved to New York City to pursue a career in modeling.

She has appeared on the cover of a variety of international editions of Vogue. She has modeled for several Victoria’s Secret Fashion Shows. Goff has also appeared in campaigns for Banana Republic, Chanel, Chloé, Christian Dior, Gap, Pollini, Ann Taylor, Louis Vuitton, Versace, and YSL. She also starred in the psychological thriller “Noise” in 2005.

She returned from a two-year hiatus to close for Alexander Wang fashion show in February 2009. Goff later moved to London with her husband, casting director Angus Munro. The couple later moved to Portugal before divorcing.

Trish Goff received her real estate license from New York University after returning to the United States. She now works as a broker for Douglas Elliman in New York. She lives in Chelsea, Manhattan with her teenage son, Nyima.

Trish Goff married Aaron Ward. They have one child together, named Nyima who was born in 1997. The couple divorced later and Trish has been single ever since.

When Trish was 19, she had a son, Nyima Ward with Aaron Ward. He accompanied her to Fashion Weeks until he was school age. He is now 16 and was recently approached by a modeling agent.

In an interview with the New York Times, Trish Goff said;

“I was at that agent in a second and said, ‘You do not dare speak to my son, who I am struggling to get through high school and get to university, and tell him he has the chance to make a few thousand dollars a day,’ For him to give up anything he might think of doing? He will not!”

“Modeling wasn’t necessarily what I was into, it’s something that you’re genetically qualified to do. Occasionally girls would go on to become an editor or something, but they’re few and far between.”