Vanessa Kirby is an English stage, TV, and film actress born on 18 April 1988. She is popular for her role as Estella in the BBC adaptation of ‘Great Expectation’ in 2011. Vanessa made her Television debut in BBC’s ‘The Hour.’ She also starred in Richard Curtis’ romantic comedy About Time as Joanna in 2013. Vanessa also portrays the role of Princess Margaret in the famous Netflix series ‘The Crown’ by Peter Morgan. However, she is popular mostly for her stage work. 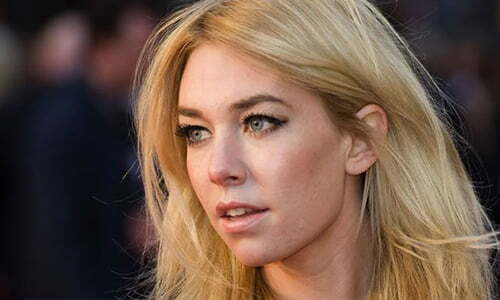 She called “the outstanding stage actress of her generation, capable of the most unexpected choices” for Variety’ in 2016. Furthermore, Kirby has been nominated for the British Academy Television Award for Best Actress. She won ‘The Biza Rising Star Award’ for her theatre work ‘All My Sons’ at the ‘Manchester Evening News Theatre Awards’ worth £5000.

Kirby brought up in Wimbledon London. Kirby’s father was a urologist, and her mother was an inventor of Country Living magazine. She studied at Lady Eleanor Holles School in Hampton. She took a break of a year to travel after being dismissed by Bristol Old Vic Theatre School before she starts studying English at Exeter University. Right after she was signed to a Talent agency and met a theatre director David Thacker, she left her place at LAMDA in London. She got three roles in ‘All My Sons’ by Arthur Miller, Ghosts by Henrik Ibsen, and ‘A Midsummer Night’s Dream’ written by William Shakespeare at Octagon Theatre Bolton in 2009. Also, she starred at the National Theatre as Isabella in Women Beware Women by Thomas Middleton directed by Marianne Elliott alongside Harriet Walter and Harry Potter’s Harry Melling.

She is famous for her affairs with a couple of hunks from the industry. She dated her ‘Variety’co-star Christian Cooke since 2009, but they broke up in 2011.  Her more recent relationship was with Douglas Booth her ‘Great Expectations’ co-star. They both had an affair in 2011. In addition to it, according to ‘In Touch Weekly’ report, Tom Cruise is seriously flipped for the newcomer Vanessa Kirby. Tom Cruise flipped for her work as Princess Margaret the sister of Queen Elizabeth II on Netflix drama ‘The Crown.’ Tom told the ‘Mission Impossible’ producers to give her a crucial role in the sixth installment of the film according to an insider’s report. They also added that Tom wants to make her as his next wife.

It is still unknown whether she believes in God? Her religion is a mystery yet. She has not spoken much about her religious views. However, being born in Wimbledon, London it is possible that she might be a Christian as the majority of the population there are Christians

Vanessa did not unfold her political views. She never found talking about her political priorities in an interview or any talk show. However, she never shows her interest in politics but is very famous for her affairs with co-actors. As soon as we get her views on politics, we will keep you updated.

She won Best Supporting Actress category at the Whatsonstage Awards in 2014.

Vanessa raised in Wimbledon, London, England with hearing the earshot of the famous tennis games.